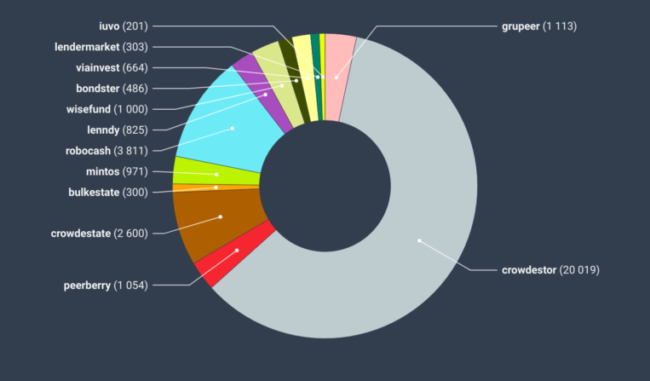 Yes, a month of overcoming. February has outperformed January: €402 profitability with €28,600 invested in European platforms, because the only Spanish platform – Housers – has failed to meet its payment commitment for the fourth consecutive month.

In January I reported Housers and the developer Construbecker to the Madrid courts and on 10 March I have to ratify the complaint.

Here are the details of the current state of investments:

Mintos has returned €10 this month out of the €971 in the process of recovery and I no longer have anything invested. They have incorporated more information on historical performance, among other new features.

Peerberry continues to deliver excellent news and generate enormous confidence. They have published a new Real Estate project in Vilnius at 10%. They continue to have no defaults since their inception in 2017.

Viainvest is still suffering from the lack of publication of projects since December, so I have withdrawn €68, but they are keeping their payment commitments.

I continue to be very happy with Robo.cash and the 44€ generated will be increased in March since I will reach 5,000€ invested, which carries a 0.3% more profitability.

Crowdestor has performed better in February, generated €315 in interest and met almost all of its commitments, although others are experiencing delays and communication is not going smoothly.

In Lenndy I have withdrawn €179 in February, the projects are all still behind schedule and I will continue to withdraw until they resolve the current lack of confidence. First Finance is still suspended.

From 2 February, they have a secondary market to sell those projects that do not convince you. Maybe all of them?

Bondster has returned €10 in February, but I continue to withdraw slowly and intend to keep a small portfolio of €300 until they stabilise.

Although they suffer many delays, they apply their 60-day Buyback on time.

Lendermarket gave me a pleasant surprise in February with an extra €3 in bonuses, which added to the €3 interest, makes it the third most profitable platform.

In contrast, Iuvo has only offered a meagre euro of interest, also due to the fact that almost all projects are behind schedule. But I’m not worried, because they’re applying their Buyback on time.

Nothing has been heard from Wisefund after funding two projects in January, apart from the class action lawsuitfiled against them. If you want to sue, below I give you the details of when and how to do it.

There have been no new developments in Bulkestate, but in March my project ends and I will take the opportunity to reinvest part of the capital also in its competitors: Evoestate and Estateguru.

In February Crowdestate published 8 new projects, but they still don’t show me confidence. Currently, they have €11.8 million owed for delays and 1.9 unrecoverable for four projects.

With reference to my three projects, I hope that a buyer will acquire Baltic Forest’sassets, because the bankruptcy process is very slow.

Grupeer is fighting against everyone to defend his lousy management: investors, plaintiff law firm (Ellex Klavins) and originators.

Nobody knows what Grupeer’s next move is, but for the time being everything seems to be settled in the Latvian courts.

More information on the class action and how to join the waiting list is available below.

For the fourth consecutive month, Housers has once again failed to meet its payment commitment on several projects and others have not been paid for years.

In March I have to ratify in court the complaint against them and Construbecker for the €70,000 of capital owed plus interest on two projects.

The gains against Envestio, Kuetzal and Monethera have been significant, as you can see below.

END_OF_DOCUMENT_TOKEN_TO_BE_REPLACED 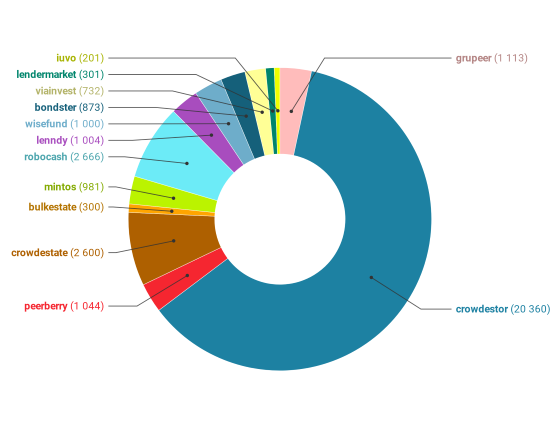 Yes, a month of little joy. January is usually a very irregular month and this year has been no exception.

Despite this, I sign another 367 euros of profitability from just over 27,000 euros invested in some European platforms, because the only Spaniard – Housers – has defaulted on its payment commitments for the third consecutive month.

This month I decided to report Housers and promoter Construbecker to the Courts of Madrid, so I had to advance to the law firm an amount that I have been able to meet between the emergency fund and the withdrawal on several platforms.

Here are the details of the current state of investments:

Mintos gave me back 2 euros this month of the 981 euros in the process of recovery and I only have 1€ invested. They have updated their Risk Scores, which you can see below.

At Peerberry I have increased my portfolio because they continue to give me enormous confidence. In 2020 they increased their portfolio by almost 46% compared to the previous year and remain unpaid since its inception in 2017.

Viainvest is suffering from the lack of publication of projects, but continues to evolve with firm pace and has been able to generate 8 euros this month.

I continue to be very happy with Robo.cash and this month has rented 103 euros for the December promotional campaign and several project returns in Singapore.

Crowdestor has half-fulfilled this month. Despite having paid 231euros in interest, there are project management that continues to be delayed: Wholesale Food Trade (payment commitment at the end of 2020), Mafia Stars (delay in its full payment of capital), Kabuki (waiting for a vote from the first week of January), among others.

Wisefund launched in December a new project – Mobile Ads Operations – which today has reached 48% funding, but in January it has launched another one that has already been funded –App Acquiring Venture -.

Investors are still behaving badly. I remain unanswered to an email sent on January 25 regarding the lack of news since last July of the Dutch Flower Exporter project:

In Lenndy I stopped the autoinvest on December 29 because they hardly launch projects and the ones I have are all behind. My intention is to keep removing everything invested until I stop hearing noise from this platform.

For the time being, the First Finance operator remains suspended. Let’s hope they meet their commitments on the projects already funded, because I have almost half of them. The good thing is that everyone has a vehicle as collateral.

In addition, from 1 February they will have a secondary market in which projects of this operator can be sold.

IUVO and Lendermarket have reached one month and the result is being adequate, without great joy or disappointment. Both already have some delays, so I’ll be able to check the operation of their Buyback. I’ll tell you more details below.

At Bondster I have obtained 9 euros this month and it is still the platform that offers the most profitability, however I will reduce my portfolio.

Reasons? Since January 1, its CEO has left management and since March 1 its conditions will change, in which users will not be notified of new changes in their contractual terms. None of them I like.

In addition, with the money I withdraw from Bondster I will start investing in two new platforms that I am studying in detail: Estateguru and Evoestate.

In relation to Crowdestate nothing has changed:they still do not pay interest, return capital or update their latest news published in December, announcing that a bankruptcy committee had been assigned for the Baltic Forest project that would already inform us on some date not defined.

Grupeer seems to have disappeared from the map since early November and from the Telegram group it’s all assumptions.

On the other hand, Bulkestate continues to comply and in January they have published three projects with lower profitability that are financed in a few hours thanks to their stalwart.

Once again, Housers has disappointed its thousands of investors/affected in a month in which they have not paid a single euro. Therefore, a few days ago I filed a complaint against them and the promoter for the 70,000 euros that I have invested in two projects, although I know that a total of ten have been reported.

More and more of you affected by this platform have contacted me from all over Europe, mainly Italy, Portugal and Spain, where the projects are located. This month we have had some news that I share with you below.

In reference to Envestio, Kuetzal and Monethera it seems that good news arrives, some of which I explain later.

END_OF_DOCUMENT_TOKEN_TO_BE_REPLACED 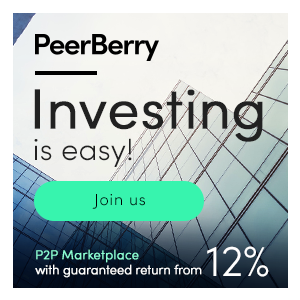 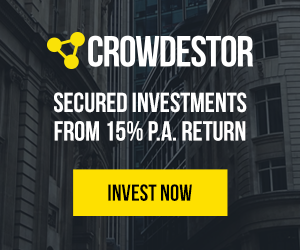 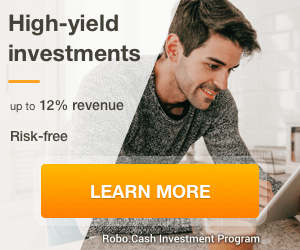 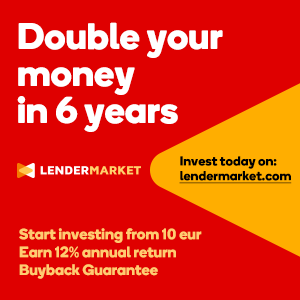