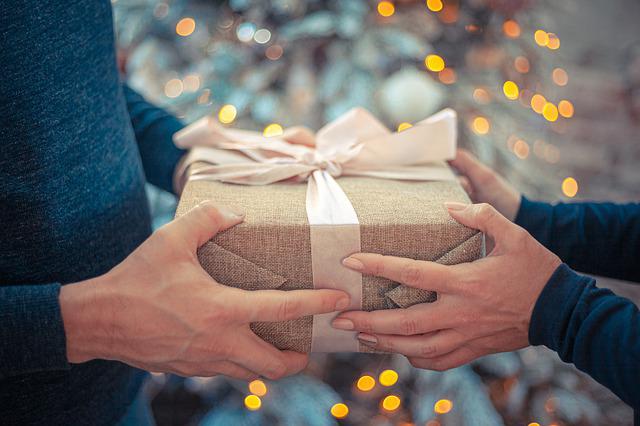 Yes, it has been the best month of May since I started publishing my data in 2020. No great joy, but satisfied with the overall performance.

This is €200 less than the previous two months, but I am really satisfied, although still far from the target of €2,500/month.

This month I have had a number of unexpected expenses that have forced me to pay back €297 from Peerberry. The use of these platforms as a wallet account is an advantage in these cases.

On the other hand, I took part in a raffle on Esketit and I won €100. A joy that has come in handy this month!

This month I would like to highlight Peerberry’s €126 welcome bonus, Robo.cash’s €202 in interest and Bondster’s never before achieved €15.

I also take it as a positive that the amount invested in Crowdestor has been reduced to below €16K.

On the negative side, two projects that we have unlinked from Housers have to go through a process in the Commercial Registry that will delay the sales for some months more…

Here’s what the month of May has brought. NOTE: I have added the €100 Esketit prize to the Bonus column:

And here is the historical series in which you can see that last month was the best May for three years:

This month Peerberry has contributed €84 in profitability, plus an extraordinary bonus of €126 thanks to your investments via the link below. Thank you very much!! I am sure you will be as happy as I am with this platform.

It has been the platform most affected by the war but also the most active in the search for solutions. My trust in them remains firm.

If you are interested in finding out what’s new, Peerberry publishes every few days and you can follow them here.

This month I needed to pay some extra expenses and I did not hesitate to withdraw €297 from this platform, which I will return to my wallet in June.

Instead of using a bank account with zero profitability, I always make use of some platform to get money in 1-2 days.

You could call it a platform – wallet, very useful and much more profitable!

This is the main panel, which contains the status summary of this great platform:

If you are interested in them, here they add 0.5% of your investment if it exceeds €500 during the first 30 days:

They have contributed €16 in May and I have to celebrate that they have a lot of projects available to invest in.

At the moment (01/06) they have 2960 projects to fund and last May was the second month with the highest number of projects published, amounting to €8.9M.

And to celebrate, I am going to increase my portfolio for the third time this year with another €200. My panel looks like this:

During the first 10 days of June, any investment made through your autoinvest will be charged 12% instead of the usual 11%.

They have surpassed the 29K registered users barrier with an average amount invested of €3,168 and growing.

If you want to start earning, this banner gives you €15 just by investing more than €50. What are you waiting for? With only 50€!

Another 202€ of interest that Robocash has brought me in May!! Although there was no welcome bonus this month, I am VERY satisfied.

Such is my confidence that I have invested a further €1,800 in May, bringing me to over €20K, already close to the €25K figure I will reach in August.

I will thus achieve “Diamond status”, which gives an additional +1% return on each project:

Since they launched in 2017, investors have earned more than €7M in interest.

Here you can review the spectacular audited results for 2021 by FBK Grant Thornton, one of the Big Ten.

Remember to invest for the long term, as the return is higher and the interest payment is monthly.

If you want a sample of how I invest, last month I set out my investment panel, which I have not changed.

Don’t miss the opportunity to join them in this banner, where they add 1% of your investment if it exceeds 500€ during the first month:

In May they delivered a return of €17 and a further €45 in welcome bonuses. Not bad, is it?

CreditStar Group, to which Lendermarket belongs, has just published its incredible first quarter figures, which you can see in detail here.

In May they added new originator Credory to their portfolio. It specialises in property-covered commercial loans.

This platform continues to impose its good work and is making headway over competitors such as Iuvo or Swaper, both of which have been tried and tested and have been banished from my portfolio.

If you want to benefit from their 2% promotion for investments over 300€ only until 7 June, click on the banner. From then on it will return to the usual 1%:

May has been the most profitable month since I have been working with Bondster: €15. It is also true that I increased my portfolio by €150.

This month they have introduced the risk rating of their suppliers, but it remains to be developed, as only 5 out of 2646 projects apply it.

Remember to select the parameters from Autoinvest and do not use any of the 3 available strategies. Never use them.

It is preferable that you detail these 4 parameters and make the manual investment. Here is an example:

If you want to join this platform, get in this banner an additional 1% from 100€ of investment during the first 90 days:

Below you can review the 2021 financial positions of its Jordanian originator Money For Finance and its parent company Creamfinance.

In June I will spend an additional €200 on this platform, bringing my total investment to over €800.

Below you can see the huge progression of the last 3 months of this booming platform. Keep an eye on it:

They have more than 2,600 registered users with an average of €12,156 invested per person, which shows a high level of trust.

In August I wrote a detailed article about this platform created by the founders of Creamfinance who have been in the market for 10 years, which you can read here.

They continue to keep their failed projects at ZERO and have already distributed €860,000 in interest on their more than €53M in funding.

May has brought €8 of profitability that had been delayed for a few days and did not enter in April. In this screenshot, the yield appears to be 0%, but it is actually 11%:

I will have to check their performance soon, as I have invested with them before, but suffered many delays. For now, it is being different.

In April, 17 new projects were launched, placing them in the TOP10 for financing in EUR currency, with an accumulated €576M and more than 132,000 investors.

This month they have changed the account to which we must deposit money if we wish to invest in their platform.

In this interview with COO Mihkel Stamm, I learned that they intend to finance €5 billion per year from 2025 onwards through institutional investments.

In addition, they have joined the European Investment Fund to participate in the financing of the European entrepreneurial ecosystem.

May has given me €4 instead of the usual €6 because the first project ended in April and the new one I joined on 3 May has not yet distributed interest.

This is the new project in which I have invested the accumulated €228, also for 6 months and at 13% per annum:

They currently have two projects in financing at 12% and 13% annual return for 6 months, which I show you below:

In May, they participated in the Invest-Stuttgart Exhibition, where they presented the financing for the construction of several solar and cogeneration plants.

They have a welcome bonus of €10 from a minimum investment of €200, which you can take advantage of here.

This month they have contributed €55 in profitability and returned €62 of the principal from two projects.

They have published a three-month offer on two of their projects, but I still do not recommend investing in them. If, despite this warning, you are still interested in investing, you will not find any welcome bonuses on this blog.

This is my current control panel, in full retreat since then:

Hoping to soon leave behind two projects that are no longer under the management of Housers (great!), we have come up against the bureaucracy that the Commercial Registry imposes and that will delay the possible sale of both assets.

The Housers nightmare continues to take away the sleep of many thousands of savers who trusted in their management and we still don’t see the light at the end of the tunnel… But it will come, you will see.

They have still not paid any return since January on my 9 projects and there seems to be no prospect of this changing.

In March I published the 150 projects overdue up to that date, some more than 38 months old. I’m sure that by now some more have been added, and that’s 40 months. And those that are missing…

I am still waiting for the Amalijas Street project to be returned in September, 18 months behind schedule.

As soon as they pay, I will say goodbye to them for good. At least we have been kept informed.

Still no news, apart from the third unsuccessful auction to sell off the Baltic Forest projects.

Crowdestate has filed a legal claim against the project managers.

Another platform that has lost investor confidence due to the accumulation of failed and delayed projects.

We remain confident that justice will take its course and we will recover the failed investments between 2019 and 2020.

Since then, no platform has failed. Fingers crossed…

A few days ago I was called to testify before the Police as a person affected by the Monethera case.