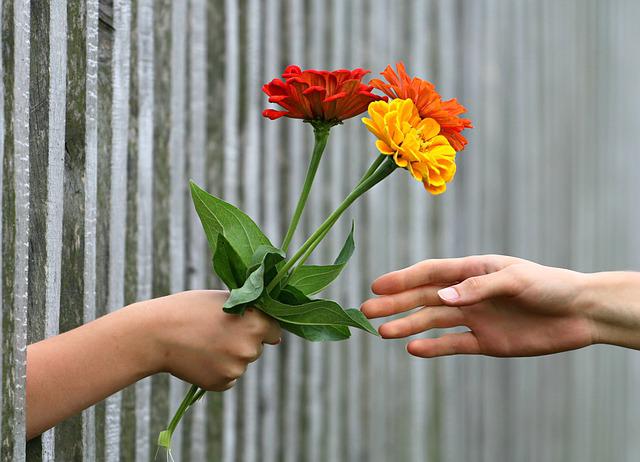 A fruitful month of June delivered a profit of €699 with three main players: Robocash, Viainvest and Peerberry.

As you can see below, they have outperformed the month of May and are the three platforms my own sister has started investing in, and I’m sure she is delighted.

Other platforms that have also performed well and which I need to give a financial boost to are Lendermarket and Esketit.

As usual, the worst performers have been Housers, which has distributed €1 since January, and Mintos, which has returned €0 of the outstanding €710.

Crowdestor has been half-hearted, as it has advanced some commitments, but has not delivered on the Renewable Energy project, which promised to pay €110K on 29 June.

This month I have invested up to my financial safety cushion (€2,900) between five platforms that offer me absolute confidence. I will give you all the details below.

I am very satisfied with the savings accumulated this year, which after six months stands at 52.94%, as you can see here.

Here is what the month of June has brought:

As you can see in this graph, June has narrowly outperformed May and should improve on a monthly basis thanks to the contributions made:

Spectacular month from Peerberry who has brought in €113 in profitability and a €115 welcome bonus via the link I provide below.

My sister, who has invested in this profitable platform that brings so much joy to more than 56,000 investors every month, has also signed up.

Here are the monthly earnings that Peerberry has been bringing me since November 2018. For more details, click here

This is the main panel, which contains the status summary of this great platform:

And this is the statement for the month of June, showing the € 5539.48 from closed projects that have been reinvested together with the interest generated and € 300 deposited:

In June, the repayment rate for Russian and Ukrainian projects reached 35%, which translates into €17.5m.

And this graph shows the good financial status of the projects funded in Peerberry, with delays of less than 15 days 😉

If you are interested in them, in this banner they add 0.5% of your investment if it exceeds 500€ during the first 30 days:

They have contributed a return of €18 in June and a further €40 in bonuses.

They continue to publish projects at a good pace, so I have increased my portfolio by another €200:

This month I have changed one of the parameters of autoinvest so that I only invest in short-term projects, as they offer the same return as the credit lines and I have free access to my savings within a maximum of 30 days.

If you want to start earning, this banner gives you €15 just by investing more than €50. What are you waiting for? With only 50€!

Another 215€ of interest that Robocash has brought me in June!!!! And this month I have received another €60 bonus…. Great!

Such is my confidence that I have invested a record €1,900 in June, already over €22K and close to the €25K figure I will reach in August:

I am particularly excited to have surpassed €2K in interest earned in three and a half years and hope to double this figure in 9 months, even more so now that I am investing in two-year projects at 13% (+0.7% for having more than €15K invested):

Robocash Group is looking for new products in India and Indonesia, while in Vietnam, loans issued in 2022 increased by 125%.

78% of the projects funded are from RC Riga Singapore, which, as you can see above, are my favourite.

17 million in funding, have distributed more than half a million euros in profits and have 560 new investors.

Remember to invest for the long term, as the return is higher and the interest payment is monthly.

If you want a sample of how I invest, in April I set out my investment panel, which I have not changed.

Don’t miss the opportunity to join them in this banner, where they add 1% of your investment if it exceeds 500€ during the first month:

In June I earned a return of €15 and another €10 in welcome bonuses.

Since the results are so satisfactory, in June I increased my portfolio by a further €300, taking it to over €2000 invested.

I maintain the plan to exceed €5,000 in December, even more so if Crowdestor projects meet their repayment schedule.

Lendermarket is very easy to use and, as a sample, here you have this monthly statement that shows the main sections:

And for those of you who have asked me how the Lendermarket buy-back guarantee works, here is an example.

This is my most overdue project, which expired on 4 May and which executes the buy-back after 60 days. In other words, on 4 July I will be reimbursed the capital, the interest for the first month of the loan and the interest for late payment for the two months it has been delayed:

In May they added the new originator Credory to their portfolio, but I have not yet had a chance to invest in them.

If you want to benefit from their 1% promotion for investments over 300€, click on the banner:

June has delivered €11 in returns and I have yet to see the improvement that the €150 contributed in May should have brought.

This is because many projects are overdue and do not pay interest until the 60 days are up, as you can see here:

In the meantime, I hold €75.56 delayed for more than 60 days, but this is because it is invested in a Russian originator and economic transactions to the EU are very limited.

Remember to select the parameters from Autoinvest and do not use any of the 3 available strategies. Never use them.

If you want to join this platform, get in this banner an additional 1% from 100€ of investment during the first 90 days:

This month they have contributed €10 in interest and another €10 in a welcome bonus and are the platform with the highest annual return: 14.83%.

In June I added another €200 to my portfolio, which will exceed €1000 in July, as I plan to dedicate the same amount to the portfolio.

In August I wrote a detailed article about this platform created by the founders of Creamfinance who have been in the market for 10 years, which you can read here.

They continue to keep their failed projects at ZERO and have already exceeded €1 million in interest on their €60M+ financed projects.

June has not been profitable because they make quarterly payments, so I will not receive the €16.50 due until July.

In this screenshot, the yield appears to be 0%, but it is actually 11%:

I will have to check their performance soon, as I have invested with them before, but suffered many delays. For now, it is being different.

They already have offices in Estonia, Germany, Finland, Latvia, Lithuania, Armenia and the UK. Not bad, is it?

In addition, they have joined the European Investment Fund to participate in the financing of the European entrepreneurial ecosystem.

June has given me €4, which will become €6 as soon as the new project pays interest.

This is the new project in which I have invested the accumulated €228, also for 6 months and at 13% per annum:

They currently have two projects in financing at 10% and 11% annual returns at 18 and 12 months, which I show you below:

Since June, German has been added to the existing Spanish and English languages.

They have a welcome bonus of €10 from a minimum investment of €200, which you can take advantage of here.

This month Crowdestor has contributed €47 in profitability and returned €48 of the principal of two projects.

They currently have two projects at 30% annual returns, but I still do not recommend investing in them.

If, despite this warning, you are still interested in them, you will find many blogs that offer welcome bonuses.

This month they have missed payments on the Renewable Energy project on two dates, but communication is not their strong suit and I don’t know why.

This is my current control panel, in full retirement since August 2020:

This week the deeds have been signed for one of the projects – Vara del Rey – which is rented for 1300€ per month thanks to the efforts of one of those affected, at least until we can register the change of administration in the Mercantile Register and then proceed with its sale, hopefully not much below the purchase price.

This month I should be happy because I have once again collected a little more than one euro, which has not happened since January….

To make matters worse, Housers keeps its 10% commission, oblivious to the two and a half year delay of this project:

In March I published the 150 projects overdue up to that date, some more than 38 months old. I’m sure that by now some more have been added, and that’s 41 months. And those that are missing…

I am still waiting for the Amalijas Street project to be returned in September, 18 months behind schedule.

As soon as they pay, I will say goodbye to them for good. At least we have been kept informed.

Still no news, apart from the third unsuccessful auction to sell off the Baltic Forest projects.

Crowdestate has filed a legal claim against the project managers.

Another platform that has lost investor confidence due to the accumulation of failed and delayed projects.

We remain confident that justice will take its course and we will recover the failed investments between 2019 and 2020.

Since then, no platform has failed. Fingers crossed…

A few days ago I was asked to testify as a person affected by the Monethera case before the Guardia Civil, but at the end of June I have still not been called.

Investigations against Kuetzal, a company from which a part was recovered, appear to be ongoing in Colombia, Hong Kong, Malta and Russia.

Especially in the latter two countries, the prospects for recovery are very high thanks to the latest agreements reached.

Progress has been made in the proceedings against Envestio in Malta and Estonia, but at a somewhat slower pace….